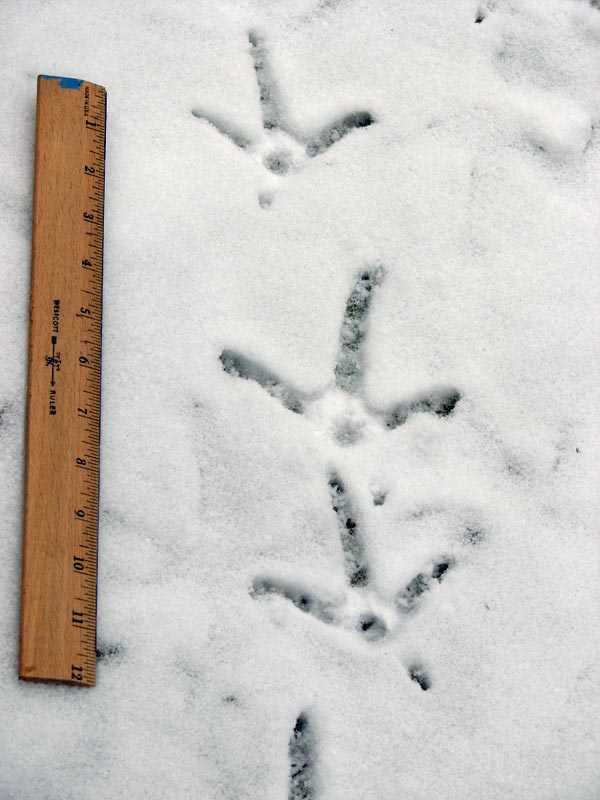 How do animals and plants adapt to February in Vermont?

Dress for outdoors: we will be looking over and under the snow. Great for ages 4-9.

Who hasn’t looked out the kitchen window this month and felt surprise at the sight of plump black-capped chickadees and tufted titmice on low, nearby branches? We may wonder why these birds look so fat in winter’s wind and cold. While many of their feathered neighbors head south for the months of fall and winter in response to the lack of available food such as worms, flying insects, and nectar-rich flowers, birds that live in Vermont year-round are well adapted to dealing with the cold and snow.

Birds are equipped to take advantage of certain elements in their habitat that may provide shelter. In addition, birds have the capacity to lower their activity levels and rate of metabolism to regulate body temperature and save energy. We all know that feathers are important, unique, avian structures. Not only are feathers critical to the achievement of flight, but their colorful patterning functions as a form of communication for birds of the same and other species. Just as important, feathers perform a lifesaving function in frigid temperatures. Special muscles attached to a bird’s feathers allow the bird to raise a network of feathers in creating protective air pockets that keep heat close to the body and cold blocked out. Remember that plumped up bird sitting on the clothesline in February? She is keeping warm by keeping insulated.

We often spy a bird standing on one leg with the other pulled up under its body or the bird’s head tucked under one shoulder wing. These postures are behavioral adaptations for keeping vulnerable parts of the body warm. Some birds reduce heat loss from their legs and feet by reducing blood flow to the lower legs and feet (regional hypothermia). Tendons comprise much of a bird’s foot with minimal nerve and vascular tissue so blood flow is directed to a bird’s core when it is trying to conserve heat. Arterial blood vessels pumping warm core blood mesh with veins carrying cool blood from cold extremities (countercurrent exchange), thus circulating warmer blood around vital organs.

Shivering is a phenomenon we all know from personal experience. Humans are not the only animals capable of shivering. Birds employ rapid muscle contractions to generate heat, especially during nighttime sleep.

During cold nights, many birds such as the black-capped chickadee and golden-crowned kinglet are able to enter into a state of torpor wherein they can lower their body temperature (normally about 104 degrees Fahrenheit down to about 86 degrees) to a point where they will conserve energy and stretch their fat reserves from the daily food intake (10% above normal body weight) to support them through the night.

Favorable overnight shelters must be sufficiently compact and secure to protect a bird from harsh wind and frigid temperatures. From tree cavities to low conifer canopies or tangled vines, many birds find space to survive the night, some even huddling with kin from the same species. Winter roosting boxes constructed by local bird fans show a distinct feature regarding the entrance hole. The roost box orients the opening at a lower front corner (as opposed to an entrance at the front top used in spring nesting boxes). With heat retention the primary goal for a roosting bird, simple physics and logic agree that warmer air given off by a sleeping bird will rise to the top of the box, the same area in which the bird is resting against the back wall’s wire grid. One would hope birds have been able to locate natural shelters with the same layout.

Observant and enterprising humans have taken a page from bird adaptations to the cold. Carving out snow caves for camp shelters, bundling up in down parkas, and strapping on snowshoes for efficient trekking all enable us to conserve energy and make the most of winter in these great outdoors.

Post by Allison Gergely, Museum Educator at the Birds of Vermont Museum. This article will also appear in Vermont Great Outdoors Magazine, a digital publication.